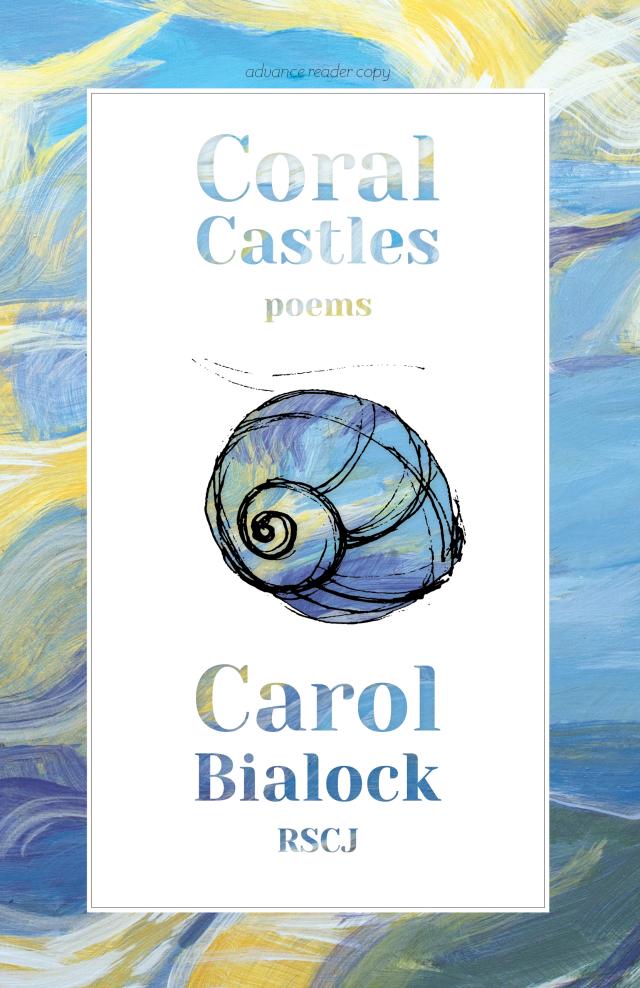 Carol Bialock, RSCJ, is not a traditional nun. She is a poet, an activist and a student of Sufism, and she has spent her life deeply devoted to those in need. And now she is a published author as well, seeing her vivid book of poems, Coral Castles, released by Fernwood Press on her 90th birthday.

Sister Carol took a vow of poverty, chastity, and obedience in 1950. She has been true to those vows ever since, which for her meant launching zealously into a life of adventure and trials in the name of service to others. In the 1960s, she began serving the mining community in Copiapo, Chile, to the point of renouncing her U.S. citizenship when her homeland installed a dictator there. She has worked in a diverse array of places, including a homeless shelter in San Jose and a brief stay in Rome. She has taught in schools and prisons and worked in hospitals. She attended the United Nations Women’s Conference in Bejing, China, and she has participated in the Dances of Universal Peace.

Sister Carol’s poetry reflects the beautiful and mystical heart of a complex woman. Her words are raw, passionate, peaceful and joyful as they explore nature; gender; religion and mythology; birth and death; and God. Her words have already inspired many. Her poem “Breathing Underwater” inspired the title for and made an appearance in Richard Rohr’s Breathing Under Water: Spirituality and the Twelve Steps, a best-selling guide for those in recovery. In addition, it was adapted into an award-winning short film by Eliot Rausch, himself a Cannes award-winning filmmaker.

Richard Rohr calls Coral Castles “stunning”; other writers and poets describe the collection as “brilliant and luminous,” “a book of love and God…bursting into bloom,” and “dynamic, immediate, ecstatic.”

Order Coral Castles from the Barclay Press bookstore or Amazon.