Our heritage and traditions

The Society of the Sacred Heart was founded in the turmoil of post-Revolutionary France by Saint Madeleine Sophie Barat. It was brought to North America in 1818, when Saint Rose Philippine Duchesne established the first school in St. Charles, Missouri. Our history is the story of strong and dedicated women true to the Society’s motto, “Cor Unum et Anima Una in Corde Jesu” (One Heart and One Soul in the Heart of Jesus). A brief overview of our history, key information and definitions related to the Society can be found throughout this section. 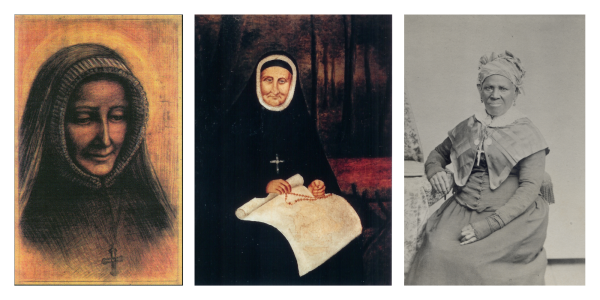 Read about the women who founded and shaped the Society throughout our history.

The heart represents our hearts, the Society of the Sacred Heart, and the Heart of Jesus. Its openness calls us to be as vulnerable, transparent, and welcoming as Jesus is. It is the shape of a ribbon to remind us that communication among us is an essential part of our heritage and essential to our survival.

The heart surrounds the whole world to remind us of our internationality.

We are called to be open, to embrace, to treasure each other.

As Saint Madeleine Sophie Barat reminded us: “To love is to suffer, but not to love is to die.”

The Feast of the Sacred Heart

The modern origins of the celebration of the Feast of the Sacred Heart may be traced to Saint John Eudes who in 1670 composed a Mass and Office in honor of the Sacred Heart based on the theology of St. John. In 1856 the feast was extended to the universal Church in praise of the peaceful triumph of Christ’s boundless love. In 1899 Leo XIII elevated the feast to the rank of First Class, now Solemnity, and dedicated the whole Catholic world to the Sacred Heart of Jesus.

The celebration of this feast in the Society goes back to its origins. In St. Madeleine Sophie Barat’s Journal (Poitiers, 1806-1808) there is an account of the solemn celebration of this feast, “the greatest of our Society.” The journal notes that a renewal of vows occurred on this day, but not yet in the Eucharistic celebration. The earliest extant ceremonial (1820) describes the Feast of the Sacred Heart as the patronal feast. The Ceremonial of 1827 mentions solemn renovation of vows of professed and aspirants, and by that year, if not before, this renovation was made within the Eucharistic celebration.

In the contemporary Church the reading of the Gospel of John in year B, taken from the old Mass of the Feast, has contributed to a new understanding of Sacred Heart devotion as contemplation of the pierced heart of Christ. The earlier connection between the celebrations of Corpus Christi and the Sacred Heart (the Feast of the Sacred Heart was placed the day after the octave of the Feast of the Body of Christ), no longer apparent in the renewed liturgy, is still clearly evidenced in the Society’s spirituality as captured in its Constitutions of 1982: “It is through the Eucharist that we enter the mystery of the pierced heart of Jesus. In our daily life, the Eucharist both celebrates and actualizes His death and resurrection at the heart of the sufferings and hopes of our brothers and sisters. Through the Eucharist, we are more and more drawn into Jesus’ gift of Himself to the Father for the life of the world, and in His Body we are gathered into one” (Society of the Sacred Heart Constitutions #5).

Opening Prayer of the Solemnity of the Sacred Heart

Most compassionate God,
we honor the heart of your Son
broken by human cruelty
yet symbol of love’s triumph,
pledge of all that we are called to be.
Teach us to see Christ in the lives we touch,
to offer him living worship
by love-filled service to our brothers and sisters.

We ask this through Christ our Lord.

In 1828, Pope Leo XII invited the Society of the Sacred Heart to found a community and school at the Trinità dei Monti, a monastery at the top of the Spanish Steps in Rome. For 300 years, the monastery had housed a community of Minims, an order founded by St. Francis of Paola in the 15th century. The Order of Minims had abandoned the property during the French Revolution, and by 1828 the buildings were in need of repair. A contingent of RSCJ went to Rome to put the property in order under an agreement with the French government, which owned the property and specified that only French nuns would occupy the site.

Sixteen years after Religious of the Sacred Heart came to live at the Trinità, a young French woman, Pauline Perdrau, was admitted as a postulant to the Society. A talented artist, she asked permission of the superior of the house, Mother Josephine de Coriolis, to paint a portrait of Our Lady on a wall of a corridor that led to the sisters’ cloister. However, Mother Coriolis was hesitant, because she knew the artist was unfamiliar with fresco painting techniques.

Pauline Perdrau persisted, praying to Mary for strength. She prevailed, and for months after receiving permission to begin, she devoted several hours a day to preparing the surface of the wall and painting her image of Mary.

When the painting was complete, the colors were thought to be too vivid. The fresco was covered with a protective cloth to give the paint time to dry. Days later, when the cloth was removed, the colors had softened to the shades of pink and blue and ivory that are so well known to visitors to Mater’s shrine today. To Pauline Perdrau, who became a Religious of the Sacred Heart, the change was nothing less than a miracle.

Among the many stories associated with Pauline Perdrau’s painting of Our Lady is this one:  In the fall of 1846, Pope Pius IX paid a visit to Trinità dei Monti and was overwhelmed by the beauty of the fresco of Mary. The pope blessed the painting of Mary under the title “Mater Admirabilis,” thus giving it the title it bears to this day.

Today, a statue or painting of Mater Admirabilis can be found in every Sacred Heart school around the world. Her feast is marked with liturgical celebrations, alumnae gatherings and pink goûter on October 20.

A French song sung throughout the Network of Sacred Heart Schools. Listen here.

(Heart of Jesus, save the world)
(May the world be submitted to you,)
(In you alone our hope is founded)
(Lord, Lord, you have promised us this.)

(You have told us: your promise)
(Will be our hope, our happiness:)
(“In my tenderness, I will bless)
(The children of my Sacred Heart.”)

(You have said, O faithful Savior,)
(Your love has revealed it to us:)
(“The heart that burns with zeal for Me)
(Will find consolation in my Heart.”) 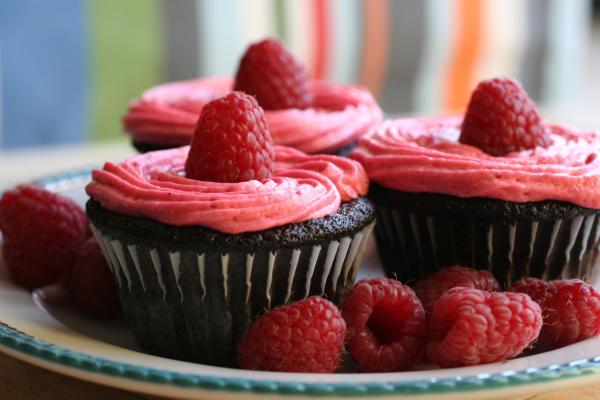 “Goûter” in French means “to taste.” It is an old French custom of providing some light sustenance, a snack and something light to drink, in mid-afternoon between lunch and dinner. On special days in the Society and in Sacred Heart schools, a special goûter, usually cake or candy, could be expected.

Congé (con•gé) is a French word for 'leave taking' or farewell. Congé is a holiday at school, on which Sacred Heart students leave studies and channel their energy to celebration and fun.

Cor Unum is shorthand for Cor Unum et Anima Una in Corde Jesu which translates from the Latin to mean: One Heart and One Soul/Mind in the Heart of Jesus. This phrase expresses the deep desire of our Mother Foundress, St. Madeleine Sophie Barat, that the members of the Society of the Sacred Heart be closely united in the Heart of Jesus. Our internationality as a congregation is an outflow of this great longing and effort on her part and ours.