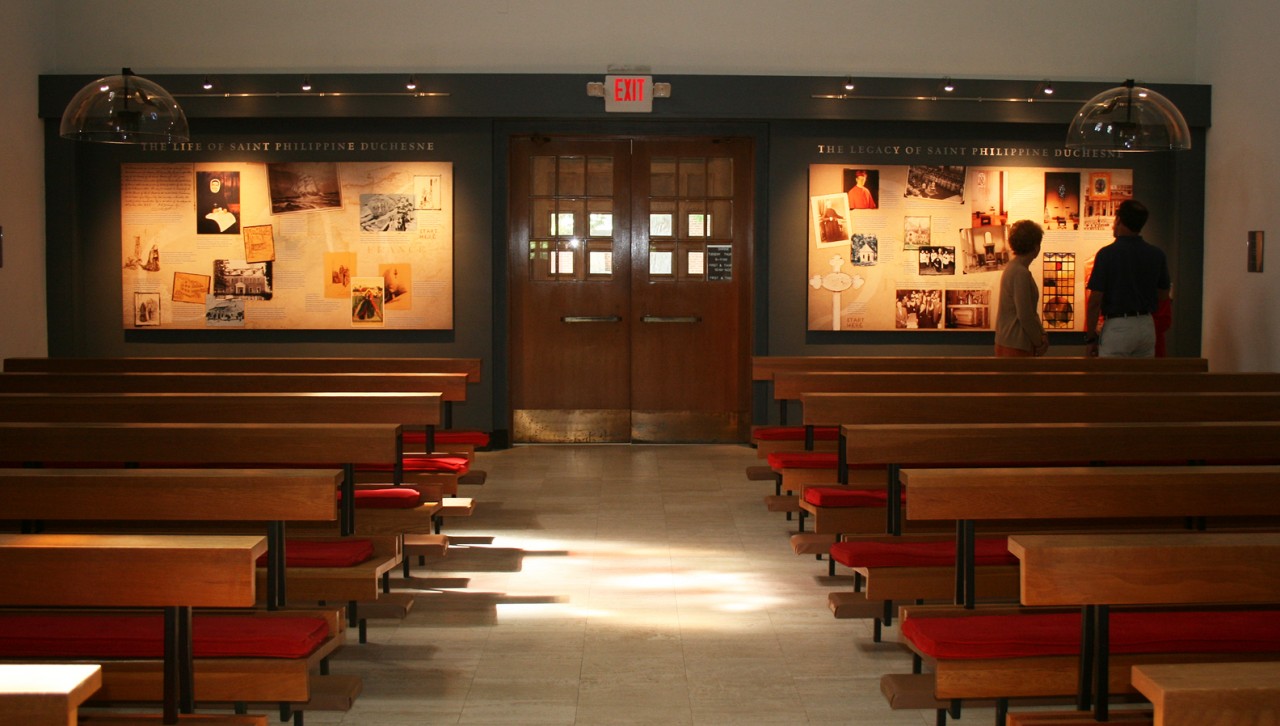 As part of the five-year plan undertaken by the Academy of the Sacred Heart Alumni Association and supported by a partnering foundation, in anticipation of the Bicentennial in 2018, the administration (and the Shrine director) identified the need to accommodate pilgrims who arrive at a time when no volunteer docent is on duty.

Two displays, both visual and audio, have now been mounted on the two walls adjacent to the west door of the Shrine. The information contained serves as a self-conducted tour.

The south half of this display “travels” with the reader from France to New Orleans to St. Louis, St. Charles, and Florissant, Missouri, to Kansas, and finally, returning to this house for the last ten years of Mother Duchesne's life.

The north wall tells of her several burial places (culminating in the Shrine), names prelates in the Church who honored her and declares the impact her missionary endeavor had on the Archdiocese of St. Louis.

Other enhancements rendered by this much-needed project include: better lighting and an attractive log cabin image in the niche that houses Saint Philippine’s primitive chair and foot-warmer, better lighting and signage around the sarcophagus, and better lighting of the large banner which hung in front of Saint Peter’s Basilica the morning of the canonization in 1988.

A committee of Religious of the Sacred Heart and lay personnel from the Academy worked for two years with Peter Drochelman, of The Drochelman Group, to achieve this desired outcome.