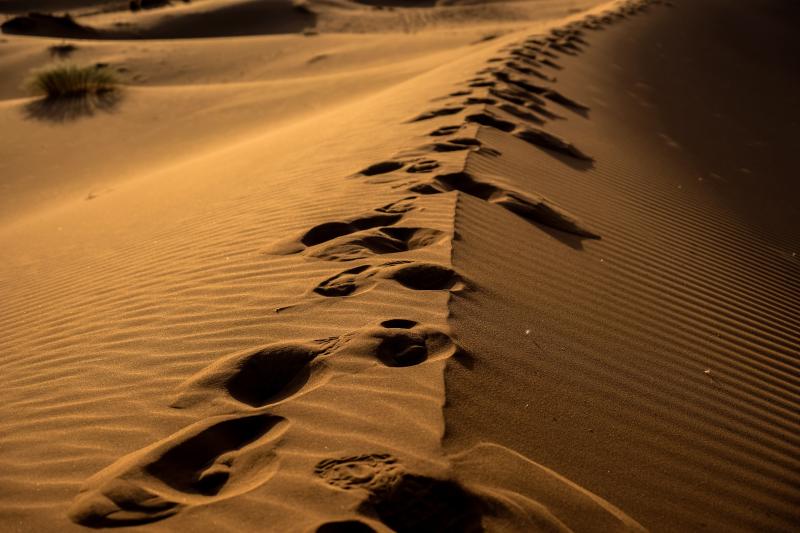 “As he looked on, he was surprised to see that the bush, though on fire, was not consumed.”

The news of late has me asking before each broadcast, “How bad will it be?” I wish the question were otherwise, but if I am honest, that is the first thing I wonder. At the same time, I take walks through the neighborhood and am greeted by buds, shoots, and exuberantly affectionate canines. A steady exclusive diet of one or the other, the beautiful or the terrible, leaves me feeling off balance, because experience has taught me that living with the “both-and” is what is most true…that sense of living within the blend of contradictions that comprise the sacrament of the present moment. The world is large, and it contains multitudes, to paraphrase Walt Whitman.

The desert is large too, and contains multitudes…all is not necessarily only as it seems at first blush. How many people must have passed by a certain conflagration in the desert and thought Enh, another bush gone. Moses, though, he stopped. And, he stayed long enough to notice that there was more going on. Yes, it was on fire; but it was not being consumed. It was burning, and it was still bush…both-and…flaming contradiction that is undeniably real. And where was God? Smack in the midst of it, proclaiming God’s presence and inviting Moses to remove his sandals, because where that fullness is taken in, where the seemingly incongruous is accepted as what Is…there is Holy Ground.

I love that God appeared in the midst of both-and, in the midst of what doesn’t look wholly like one thing or another but something else entirely, because it reminds me that God is right there in the middle of the world that is like that too. Whether that world is the exterior world where bombs drop, people flee, grandmothers protest, and dogs waggle and shimmy their pleasure at well placed scratches…Or whether it is the interior world, where I think and feel so many different things that may or may not fit together into a mosaic of coherent sense.

We walk with Holy Ground within us; we walk upon Holy Ground outside of us. That hem of light where the beautiful and the terrible meet, there is our God.