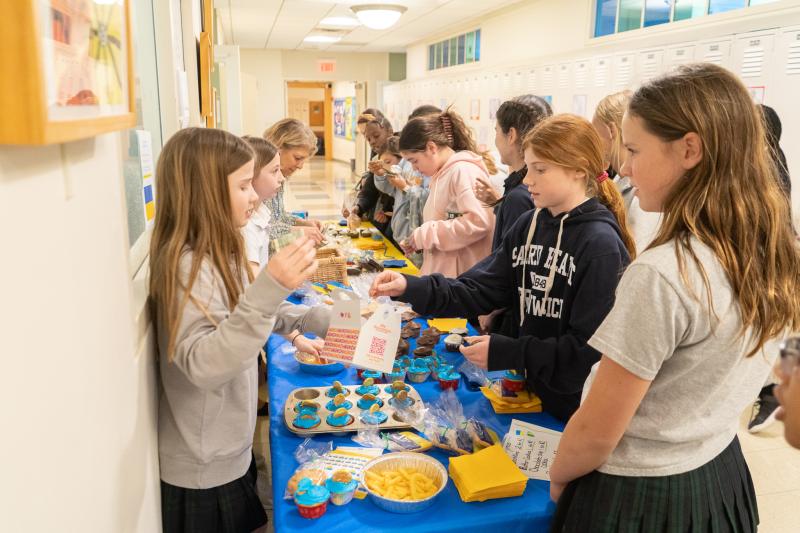 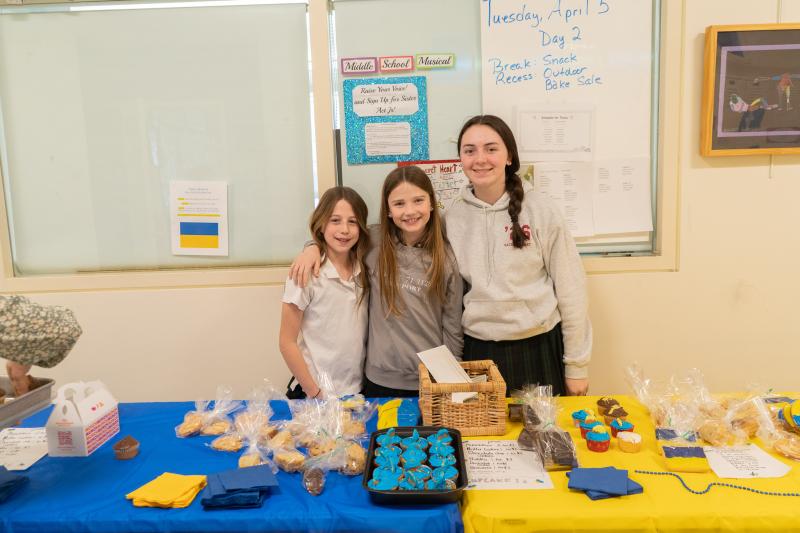 Fifth graders Rose, Olivia and Grace along with eighth grader Brianna spearheaded the bake sale efforts in coordination with their classmates and the middle school community service and student council. They sold cupcakes, cookies, brownies and homemade Ukrainian babka. Olivia's grandfather is Ukrainian and so her mother assisted in making the babka. The baked goods, as well as bakery cakes that were raffled off, were donated by the three fifth graders' families.

The school commented saying, “We felt their efforts were a wonderful example of Goal 3: A social awareness which impels to action.”

All funds raised from the bake sale were donated to the American Red Cross for Ukraine crisis relief efforts.

In addition, several of the students’ parents gave matching donations to the Society of the Sacred Heart's Ukraine Emergency Fund, a fund established by the General Council of the Society to support projects and initiatives that assist the victims of the war in places such as Poland and Hungary, where Religious of the Sacred Heart are involved in refugee support.

For more information on the Society's Ukraine Emergency Fund, to learn about the Society's history in Ukraine, or to read a reflection by a Religious of the Sacred Heart in Hungary, click the links below:

The Society of the Sacred Heart's history in Ukraine

Not what I imagined: A life-changing encounter with Ukrainian refugees