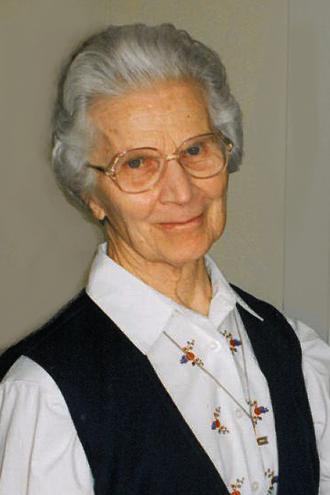 Sister Howe was born in Rochester, New York on January 24, 1914, the third of seven children of Henry B. Howe and Marie Curran Howe, both deceased. She entered the Society of the Sacred Heart in 1933 at Kenwood in Albany, New York, and made her final vows there in 1942. This year, Sister Howe celebrated her 75th Jubilee as a Religious of the Sacred Heart.

Susan Whalen, Sister Howe’s niece, said “She was a person who was always up for anything, up for a new adventure. She wanted to know everything about every subject. Her desire sprang not from simple curiosity, but from an intense love of others.”

One friend said of Sister Howe, “Sister Pat taught me so much about how to practice self-care and how to be of service to other people. She was brilliant, compassionate, sincere and loyal, and she had a great sense of humor. She was always praying for me and my family. I am so blessed to have had her in my life. Sister Pat will live in my heart forever.”

Fri, 2011-11-18 09:06
<p>Pat had a way of making you think you were the most special person in the world! I saw her mostly when I was on the Board at Kenwood. When she would see me, her face would break into this wonderful smile that totally embraced me and she squeezed my hand and say"And how is Marsha". One time though she surprised me with a question, "Are you applying for the Network Executive Director job?" The thought had not even entered my mind but it did come to pass. I used to love seeing the Howe Sisters - Kelly and Pat - together and I am sure the reunion on the 12th was grand. Thank you Holy Woman.</p> <p>&nbsp;</p>