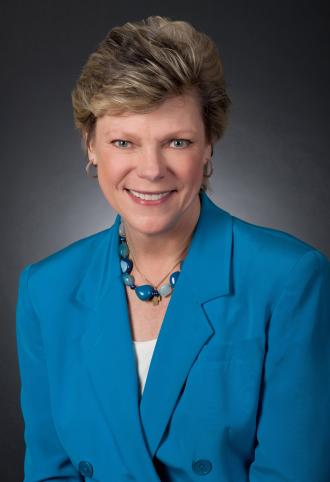 Thank you to all who attended the Crossing Frontiers Lecture Series!

Presented in collaboration with the Missouri History Museum and the Society of the Sacred Heart and its celebration, Saint Rose Philippine Duchesne: 200 Years Crossing Frontiers.

Extending America’s Promise: Pioneering Women with Cokie Roberts
Thursday, July 19, 2018 7 p.m.
Des Lee Auditorium
Free
As the new country of the United States was taking shape, women did much of the molding. Religious women in particular, like Rose Philippine Duchesne, who arrived in St. Charles, Missouri, from France in 1818, took on the task of extending America’s promise to all of its people – including women, Native Americans, African Americans, and the impoverished. Join journalist and author Cokie Roberts, alumna of Sacred Heart schools in New Orleans and Bethesda, Maryland, as she tells the delightful stories of these pioneering women whose work lives on today.

Annie Malone: Celebrating the Power of Dreams
Thursday, March 15, 2018
Linda Nance, president of the Annie Malone Historical Society, will share the challenges and triumphs Annie Malone faced as she crossed racial and economic frontiers to build the magnificent cornerstone of an international empire that defied discriminatory practices.

Women of the Santa Fe Trail
Thursday, April 19, 2018
Dr. Frances Levine, president of the Missouri Historical Society, will share stories of the women who traveled on the Santa Fe Trail, crossing literal borders and frontiers, as well as the frontiers of cultural traditions.

If It Looks Like a Man – Gender, Identity, Female Soldiers, and “Lady Bushwhackers” in the Civil War
Thursday, May 17, 2018
During the Civil War, hundreds of women cut their hair, bound their breasts, donned men’s clothing, and reported for duty. Historian Diane Eickhoff will explore how and why a fascinating group of women crossed frontiers of cultural and military norms to participate in America’s largest domestic military conflict.

Sacagawea: Mother, Ambassador, Leader
Thursday, June 21, 2018
While her name is known, the story of Sacagawea is often reduced to “the woman who accompanied Lewis and Clark.” Dr. Rowena McClinton, SIUE, will present a more complex look at the life of this bilingual Shoshone woman, a new mother who crossed frontiers, acting as translator, diplomat, and guide on one of the most significant expeditions in U.S. history.