Associated Alumnae & Alumni of the Sacred Heart (AASH) has named Frances (Fran) Gimber, RSCJ, and Carolyn (Lyn) Osiek, RSCJ, honorees of the 2021 Woman of Conscience Award. Both women will be honored during this years’ AASH National Conference held virtually April 22-25. The Conference was set to be held in Detroit, Michigan, but shifted to a virtual platform due to ongoing COVID-19 restrictions.

“Woman of Conscience” was the theme of the 28th AASH biennial conference held in New York in 1991, at which a Religious of the Sacred Heart (RSCJ) from the host region (East), Sister Joan Kirby, was recognized by the conference committee for her outstanding impact on the lives of others. Since then, the Woman of Conscience Award has been used to honor and thank an outstanding RSCJ in the host region during the conference for her shining example and for the total gift of self in the service of others. 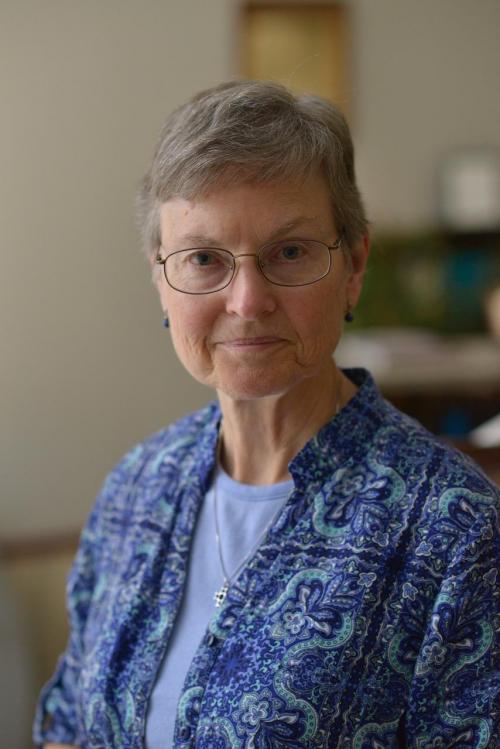 Sister Osiek is an authority on the role of women in the early Church. Her great contributions to the Society of the Sacred Heart include leading the Society's committee on slavery, accountability, and reconciliation and her collaboration with Marie-France Carreel, RSCJ, and her co-recipient of this year's Woman of Conscience award, Frances Gimber, RSCJ, in the translation and editing of Philippine Duchesne, Pioneer on the American Frontier (1769-1852) - Complete Works, a two-volume compilation of Saint Philippine's writings. Sister Osiek currently serves as Archivist of the Society of the Sacred Heart, United States – Canada Province. In addition to dozens of scholarly works, she is co-author of two other scholarly books, A Woman's Place: House Churches in Earliest Christianity and Ordained Women in the Early Church: A Documentary History. She is the master of several languages and a New Testament scholar, holds a doctorate in New Testament and Christian Origins from Harvard University and is a past president of both the Catholic Biblical Association and the Society of Biblical Literature.

Sister Osiek's early study of Christian origins coincided with a second wave of feminism in theology and biblical studies that inspired her focus on women in the early church. She was Professor of New Testament for 26 years at Catholic Theological Union, in Chicago, Illinois, and for six years at Brite Divinity School at Texas Christian University in Fort Worth, Texas. Along the way, she has taught at various levels as faculty of Harvard Divinity School in Cambridge, Massachusetts, Maryville College in St. Louis, Missouri, the Christian Leaders Institute, Villa Duchesne and Oak Hill School in St. Louis, and Schools of the Sacred Heart in Grand Coteau, Louisiana. Sister Osiek has served in editorial roles for numerous publications, including the Catholic Biblical Quarterly, The Bible Today and New Theology Review. Additionally, she has been a leader in a multitude of organizations, including Saint John's University Visiting Committee, the Society of Biblical Literature, Civitas Dei Foundation, Catholic Biblical and Barat College. 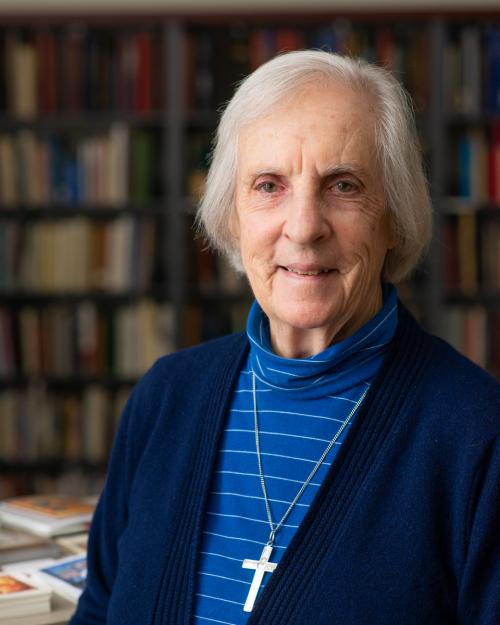 The exceptional familiarity of Sister Gimber with the history of the Society of the Sacred Heart comes in part from her eight years spent as Archivist of the Society, a job which entails daily, in-depth engagement with that history. Sister Gimber brought this acumen, and her Manhattanville degree in French, to the translation into English of several French publications belonging to the Society. These included original writings of both Saint Madeleine Sophie Barat and Saint Rose Philippine Duchesne.

In addition to her translation of The Society of the Sacred Heart in the World of Its Times, Sister Gimber collaborated with Marie-France Carreel, RSCJ, and her co-recipient of this year's Woman of Conscience award, Sister Osiek, in the translation and editing of the two-volume Philippine Duchesne, Pioneer on the American Frontier (1769-1852) - Complete Works, published in 2019. The latter writings included 656 letters, five journals and several shorter documents produced by Saint Philippine. Sister Gimber also authored Woman of the Word: A Life of Marie Louise Schroen, RSCJ.

Prior to her service as Archivist, author and translator, Sister Gimber taught at many Sacred Heart schools throughout the United States and at the International School in Tokyo, Japan. She also served as director of residents at Woodlands Academy of the Sacred Heart, in Lake Forest, Illinois, mistress general at Kenwood Convent of the Sacred Heart in Albany, New York, and assistant director of novices at Newton Centre in Newtown, Massachusetts. For eight years, she served as secretary to the superior general of the Society at the Motherhouse in Rome.