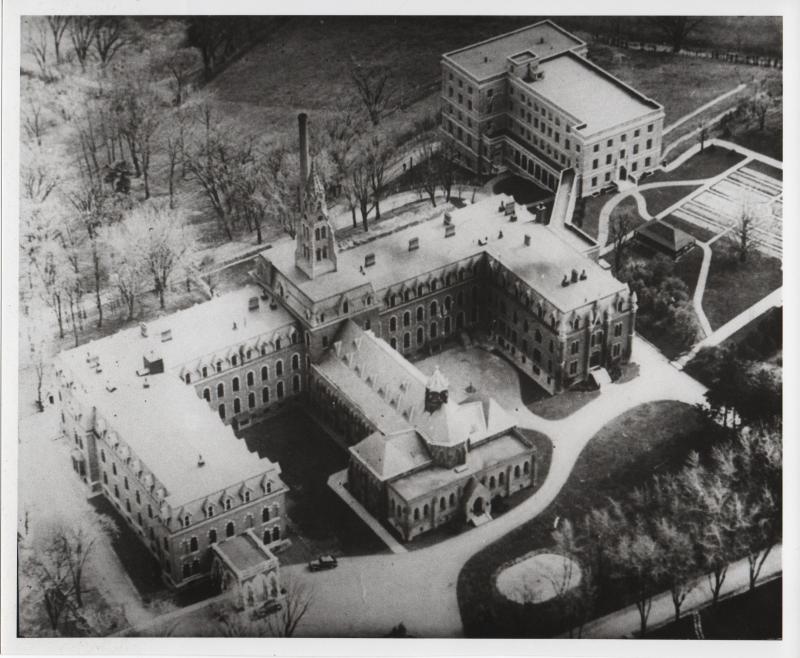 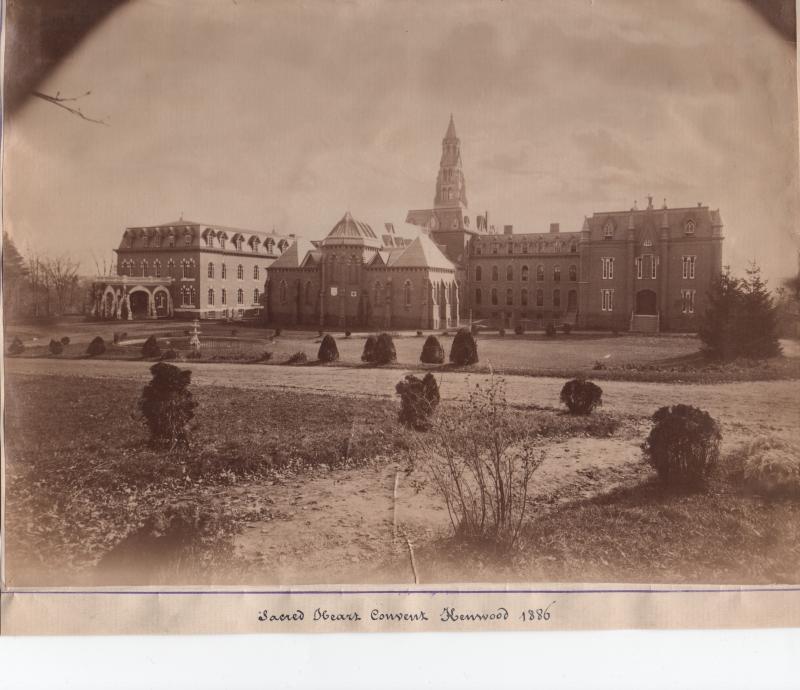 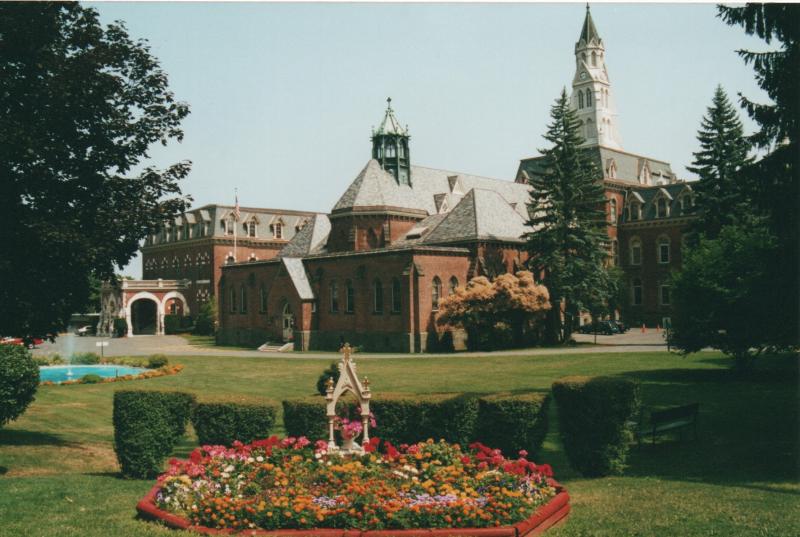 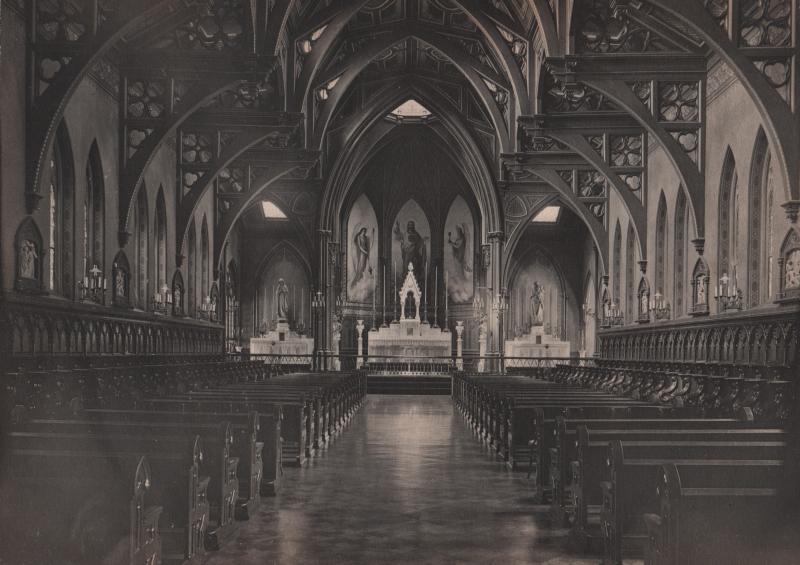 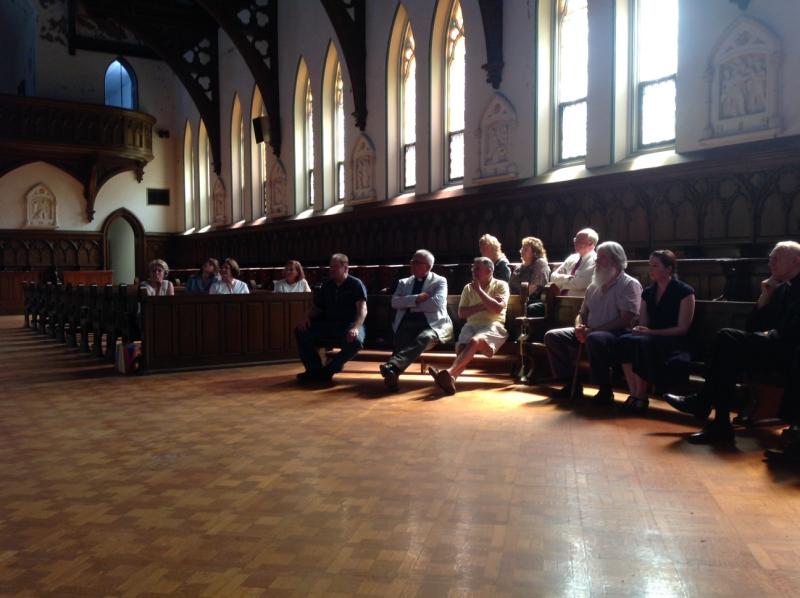 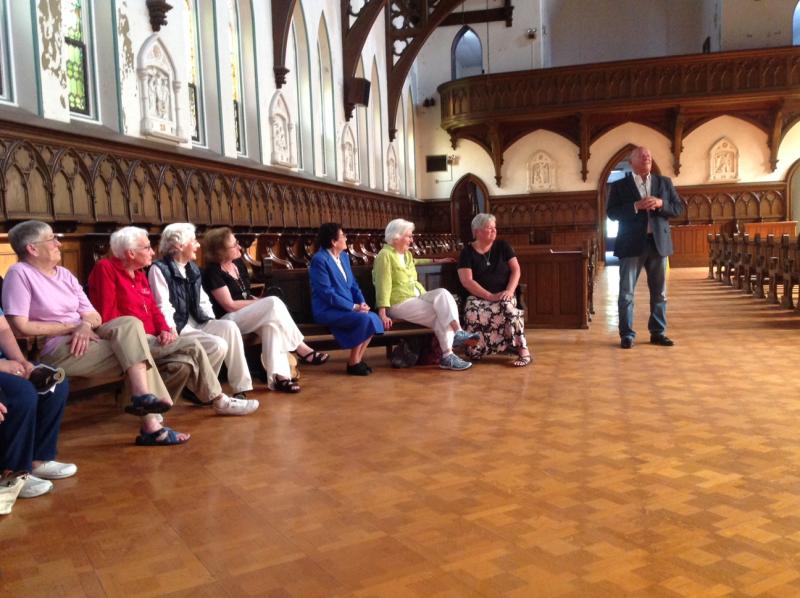 The sale of Kenwood Convent of the Sacred Heart in Albany, N.Y., owned by the Society of the Sacred Heart since 1859, was finalized on August 21, 2017. A limited liability corporation, Kenwood Commons LLC, purchased the property for an undisclosed amount. The Society was represented by the Albany office of Berkshire Hathaway Home Services/Blake Realtors.

According to an article in the Albany Times Union, Kenwood Commons CEO Sandy Schaefer said he envisions more than 100 condominiums in the 250,000-square-foot property.

The property includes several buildings on a 73-acre site.

The cemetery on the grounds is not part of the sale and will continue to operate as a final resting place for Religious of the Sacred Heart (RSCJ).

RSCJs first came to Albany in 1852, opening a house and school on North Pearl Street. By 1855, a larger house was purchased. Four years later, the Society bought a house south of Albany, a property that had been developed by Joel Rathbone, who had given it the name “Kenwood.”

By 1868, the first of many generations of novices moved into Kenwood, which served as the novitiate for women interested in becoming members of the religious community. The property most recently was a care facility for elderly and infirm sisters and Doane Stuart School. It also had been home to an Academy of the Sacred Heart, an ecumenical House of Prayer and a child development center.

After more than two years of intense study, the provincial leadership decided in 2005 to close Kenwood. The buildings on the property have been empty since 2009.

“Having to maintain and secure the empty buildings and grounds had been costly,” said Sheila Hammond, RSCJ, provincial leader of the United States-Canada Province. “Sisters at Oakwood, a retirement center in Atherton, Calif., have prayed each day at their liturgy for the sale of Kenwood. Many of these sisters have fond memories of Kenwood, having entered the Society through the novitiate, lived there or taught at Kenwood.”

A gathering in the Kenwood chapel of approximately 40 people, including sisters, associates, alumni, former chaplains and staff, and those who have worked on the sale of the property was held on August 22 to share memories.

“At this sharing, each one who was present was related to Kenwood, and the singing of ‘This is Holy Ground’ helped all to say a final farewell to Kenwood,” said Meg Canty, RSCJ, who has spent more than 30 years in Albany. She was the administrator of Kenwood when it closed. “After the new owner shared his plans to renew the beauty of the buildings, Bishop Emeritus Howard Hubbard blessed him and the future, with all of us joining in. A simple ending of one era and the beginning of hope.”

The Society of the Sacred Heart was founded in France in 1800 by St. Madeleine Sophie Barat and brought to North America by St. Rose Philippine Duchesne in 1818. There are approximately 275 members in the United States and Canada. Worldwide, there are more than 2,000 professed members in 41 countries. Members of the Society are committed to discover, live and announce God’s love through the service of education for transformation, in diverse ministries, particularly addressing the needs of children, young people, women and those in society who are marginalized.