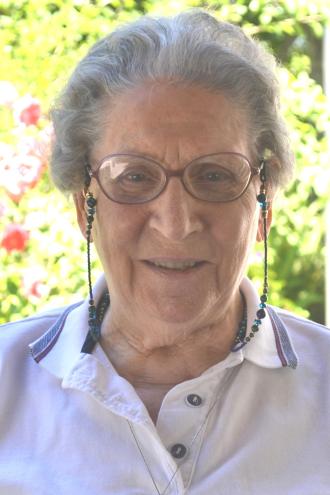 Delly graduated from the College of the Sacred Heart in Grand Coteau in 1944 with a bachelor’s degree in education. Later, in 1979, she earned an MSA in business administration from the University of Notre Dame. In 1946, Delly entered the Society of the Sacred Heart at Kenwood and made her first vows in 1949. In 1954, she made her final profession in Rome.

Sister Caire taught in Louisiana, at St. Charles Parish and the Academy of the Sacred Heart in Grand Coteau and at The Rosary in New Orleans. She went on to teach for thirteen years at City House in St. Louis and Villa Duchesne and St. Charles in Missouri. She also spent a year at Beacon Street in Newton, Massachusetts as a member of the novitiate community. Sister Caire returned to Grand Coteau in 1973 where she worked as the local coordinator at St. Charles Parish and served as principal for ten years at St. Ignatius School. Following that, she went to Houston, Texas, where she taught and served as director of admissions at Duchesne Academy of the Sacred Heart. Towards the end of her time there, she had charge of the school archives. She was a consistent and positive presence at Duchesne. Even with the “simple duties daily done,” she brought her own special light, attracting others to her. Sister Caire served as area director for more than one term. During the nomination process, her sisters commented consistently on her gentle nature and her ability to draw others out. She “is a leader who is sensitive to others while knowing when to be gently direct”: all gifts that she naturally shared with others.

After some reflection, Sister Caire decided to retire at the age of 90 in 2013 and moved to the Oakwood retirement community in Atherton, California, where she experienced the love and care from her sisters that she so generously shared with them. Toward the end of July, Sister Caire’s health deteriorated, and she peacefully went to God on July 22, 2020.

Sister Caire is survived by three of her 12 siblings, Ann Caire, RSCJ, Margaret Caire, RSCJ, and Warren Caire, and her sisters in the Society of the Sacred Heart.

A funeral Mass will be celebrated on August 29, 2020 at St. Charles Borromeo Church in Grand Coteau. Visitation at 1 p.m. and the liturgy at 1:30 p.m. with the burial in the cemetery of the Convent of the Sacred Heart.