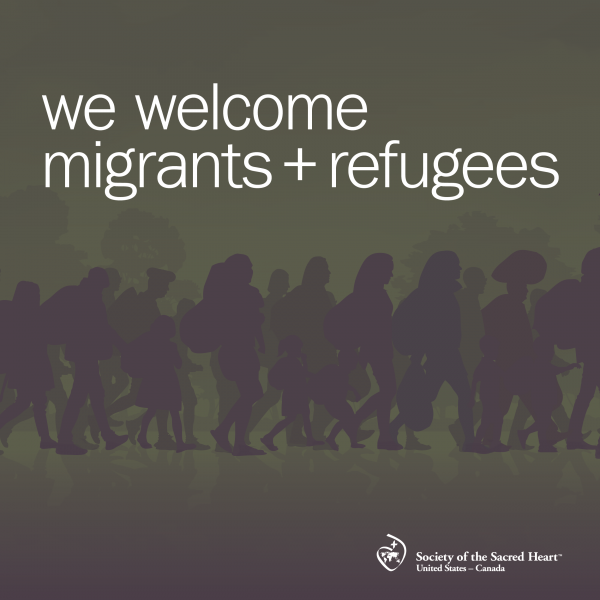 The Society of the Sacred Heart is united in solidarity with all people fleeing their homes in search of a life free of oppression, marginalization, human rights violations and poverty. We fully endorse the statement from the Leadership Conference of Women Religious (LCWR) calling upon the Biden Administration to fulfill its promise to increase the number of refugees resettled in the United States to 62,500 this fiscal year.

The Leadership Conference of Women Religious calls on President Biden to keep his promise to increase the 2021 Presidential Determination to better address the current need. We are facing a global refugee crisis. At least 79 million people have been forced to flee their homes; 29 million are refugees; most are children. The United States has a moral obligation to respond to the unprecedented need.

While we are encouraged by the administration’s restoration of regional allocations that end President Trump’s restrictive resettlement categories, failure to raise the current admissions goal leaves thousands of vulnerable refugees, including women and children, in danger. We urge the president to meet his commitment to raise the presidential determination for fiscal 2021 by his May 15 deadline.

The United States has a long history of welcoming refugees. We have the resources, the ability and the moral obligation to resettle 62,500 refugees as President Biden promised. Women religious have been blessed to be able to accompany and serve refugee communities across this country for a very long time. Catholic sisters remain committed to welcoming refugees seeking safety for themselves and their families.