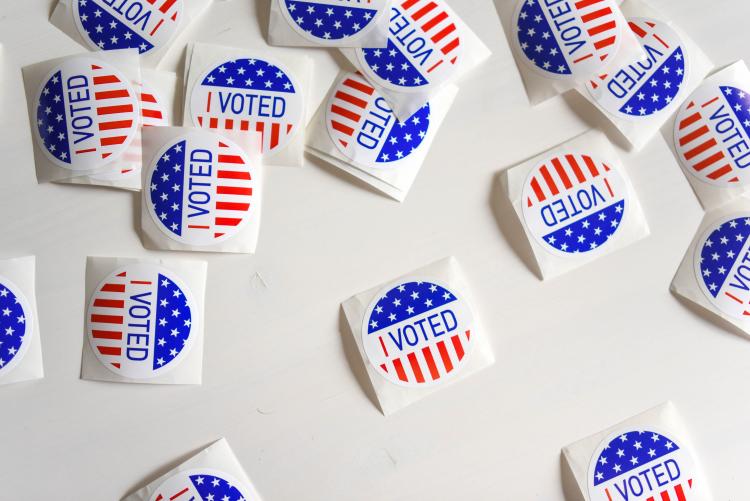 The National Black Sisters Conference, together with the Leadership Conference of Women Religious (LCWR), have released a statement on the critical importance of ensuring that all people – no matter race, zip code, economic situation – enjoy the sacred right to vote. The Society of the Sacred Heart United States – Canada Province supports and endorses this statement, as well as the May 8th John Lewis Voting Rights Advancement Action Day mentioned in the statement.

The Sacred Right to Vote Must be Protected

LCWR has endorsed the national John Lewis Voting Rights Advancement Action Day (May 8) and is releasing this joint statement with the National Black Sisters Conference on the critical importance of ensuring that all people—no matter race, zip code, economic situation—enjoy the sacred right to vote.

As women of faith and faithful Americans, we believe that all people have the right and obligation to participate fully in our democracy. The National Black Sisters Conference (NBSC) and the Leadership Conference of Women Religious (LCWR) strongly oppose all attempts to restrict that participation by limiting the sacred right to vote. The strength and vibrancy of our democracy is dependent on right of all people to vote regardless of their race, zip code, economic status, or party affiliation.

Our country has a long racist history when it comes to voting. From the end of the 19th Century to 1965, “Jim Crow Laws” systematically kept blacks from the ballot box. Violence, rigged literacy tests, property tests, grandfather clauses and more were used to deny people of color access to democracy’s most fundamental right, the right to cast their ballot. That right is under attack once again.

Our brothers and sisters struggled, some gave their lives, to secure the Voting Rights Act of 1965. It falls to us to continue their work. Pope Francis reminds in Evangelii Gaudium that our vocation as Catholic sisters is inherently political: “We are all called to participate in public life….. Authentic faith always involves a deep desire to change the world…..We cannot remain on the sidelines in the fight for justice.”

We must call out elected officials, at every level, who continue to introduce measures that would return us to the era of “Jim Crow.” They are celebrating our dark past by enacting laws that limit participation and threaten our democracy. We pledge to oppose them at every turn, and we promise to support legislation that will ensure all people can exercise their precious right to vote.

It is long past time we established national standards for voting to ensure all of us have a voice in decisions that affect our lives and protect our common home. We call on the Senate to immediately take up the For the People Act and we call on members of both the house and Senate to introduce the John Lewis Voting Rights Advancement Act.